Autoglass® / Blog / What to consider before buying your First Electric Car 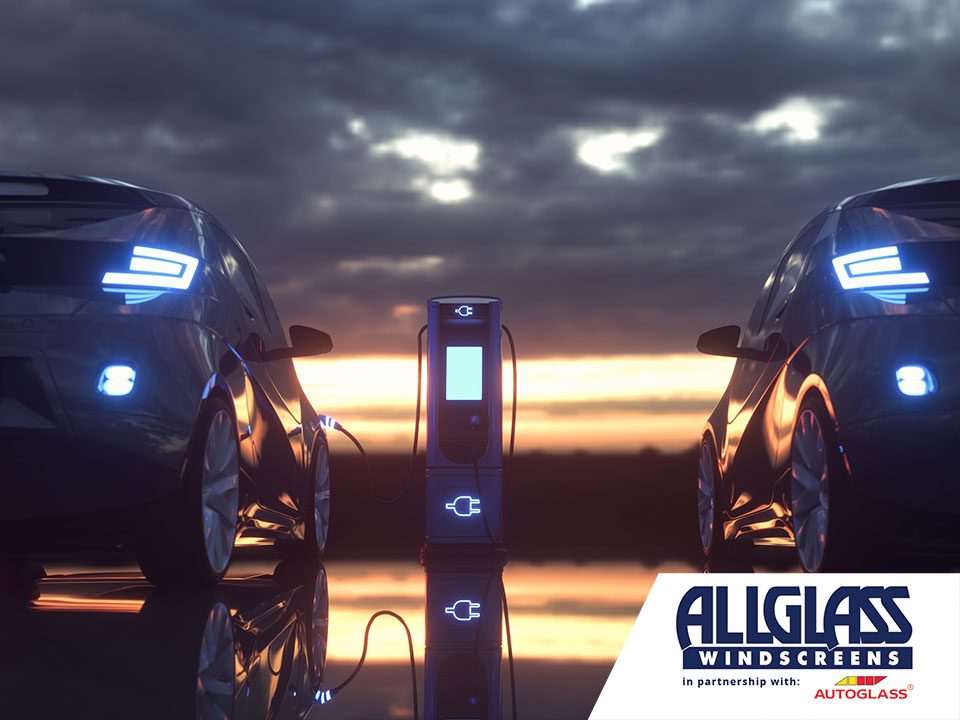 What to consider before buying your First Electric Car

With each passing year the number of Electric Vehicles on Irish roads has been skyrocketing as Irish drivers are understandably enticed by the obvious benefits in electric motoring. Not to mention the continued discussion surrounding global environmental concerns.

Electric vehicles (EVs) play a key role in Ireland’s Climate Action Plan. As part of this intuitive, there’s a target in Ireland to have 945,000 Electric Vehicles on the road by 2030, with 845,000 of these to be private passenger cars as opposed to commercial vehicles.

If you are considering buying your first electric car, it’s understandable that you may have a couple of questions. With that in mind, we’ve made a list of some of the most common questions for first time electric car buyers.

What are the most affordable electric cars?

Since they first arrived on the market, the reputation has followed Electric vehicles that they are considerably cheaper to run than traditional cars but prohibitively expensive to purchase in the first place. Though there was more truth to this idea in the early days of electric vehicles, nowadays there are plenty of reasonably priced electric vehicles to choose from.

The following is a list of some of the most affordable electric cars on sale in Ireland in 2022. All of these cars are presently retailing for under €30,000.

What grants are available to EV car Drivers in Ireland?

Being climate conscious in your choice of car is good for your bank balance as well as the planet. Aside from the savings you’re making on petrol and trips to the mechanic – you are also eligible for various grants if you elect to purchase an electric vehicle. Approved vehicles with a price of €20,000 or higher are eligible for a maximum grant of €5,000. For vehicles of lower value, smaller grants may be available. However, no grants are currently offered for vehicles with a price below €14,000.

New buyers should keep in mind that grants are only available for new vehicles purchased from approved dealers. The grant application process is handled by over 100 dealers in Ireland, and they deduct the grant amount from the vehicle’s price.

Aside from the grant offered for purchasing an electric vehicle, you may also be eligible for up to €600 to help cover the cost of buying and installing your own electric vehicle home car charger. To qualify for this grant the applicant has to satisfy some criteria however. You should double check your eligibility but some of the most notable qualifications include:

What is the cost of running an electric car in Ireland?

The cost of charging any electric car at home in Ireland is dependent on numerous factors, some of which are continually fluctuating, which makes answering this question more complex than simply answering with a dead certain number. Some of the key factors involved in determining the cost of electric vehicle charging are vehicle battery size, vehicle weight and the type of charger used.

Using the most common battery, charger and circumstances here in Ireland, the average cost to fully charge an electric car from empty to full is around €9.10 making the average monthly cost to keep an electric vehicle charged about €36.00 if you were fully charging your Electric vehicle once per week at home. For the average Irish consumer, that is a saving of about €57 a month just on fuel. This equates to a total average fuel saving of €804 annually. It’s also worth keeping in mind that electric vehicles don’t require an oil & filter change during their service, which costs on average in or around another €116 each year. So far, you’re looking at a saving of at least €920 per anum in running costs.

Electric Vehicle owners make further savings on road tax and tolls. When paying your motor tax for a battery electric, you avail of the lowest possible rate of €120 per anum. For hybrids that number should be somewhere in the region of about €170. You also get a tolling reduction of about 50% for battery electric and about 25% for hybrids.

The Pros and Cons of Owning an Electric Car >>

What are the different types of Electric car plugs?

Seven-pinned Type 2 plugs, also known as the Mennekes Plug, are By far the most common in Europe. Recent EU legislation means that most car manufacturers now have to fit this seven-pin plug as standard to their electric vehicles meaning that almost all tethered public charging points will have a Type 2 plug

The Combined Combination System, more commonly known as a CCS plug, is the most popular connector for DC (Direct Current) rapid charging. Most new purely electric models are fitted with this type of socket, which essentially allows you to both charge at a public DC rapid charger and a home unit. This is also the system that Tesla has started to adopt in Europe

How long does it take to charge an EV?

You are typically able to charge an EV to 80% in 20-40 minutes depending on the model’s battery capacity and how much energy was left in the battery when you began the charge. Even still, it is always most sensible to simply charge overnight.

What are the longest range EVs on the market?

Frankly, as concerning as the notion of running out of fuel miles from your nearest charging point is to potential first time electric buyers, the developments in battery technology has left this situation looking extremely unlikely. Even some of the smallest electric vehicles on the market in Ireland today can travel upward of 300 kilometres between charges and luxury Electrics from the likes of BMW and Tesla even boast ranges close to 600 kilometres before needing to charge.

What to consider before buying a second hand electric car >>

What is the lifespan of an EV battery?

Like so many things, it is hard to make any definitive statements regarding the lifespan of the batteries found in electric vehicles. There are far too many variables that factor into the longevity of an electric car battery – how regularly it is charged, where the vehicle is stored, the make and model of the vehicle etc etc. In a sense, the simplest way to judge the longevity of a battery is the manufacturer’s warranty. Given the cost of replacing batteries, no manufacturer wants to get stuck dishing them out for free because they overestimated their battery’s lifespan. The battery’s limited warranty can provide some insight into what the manufacturer considers the battery’s life expectancy to be.

It is common place for electric cars sold in Ireland today to include a battery warranty of at least eight years and if it’s properly cared for, an electric car’s battery pack should last for well in excess of 120,000 kilometres before its range becomes restricted. In fact, most electric vehicle batteries will have a life of 15 to 20 years, often outliving the electric vehicle itself !

Would I be better to go for a HYBRID or an EV?

Hybrid vehicles are cars which use some combination of internal combustion plus electric power to varying degrees, the idea being is that they can drive for long periods of time using their electric power alone.

Electric Vehicles, sometimes also referred to as BEVs (battery electric vehicle) run on exclusively electric power, without any internal combustion at all.

As we already discussed, depending on how big the battery is, purely electric vehicles can boast a range of anything from about 200km right up to 600km and more, although the bigger the battery, the longer the car will need to recharge.

Both Hybrids and EVs are ideally suited to commuters who regularly charge the car, meaning you should invest in a home charging port to charge the car overnight. If you have this and you’re not commuting more than 50-80km per day, you have nothing to worry about in terms of running out of charge.

If you’re mainly using your car on a daily basis to do short, urban and semi-urban commutes, then a purely electric charged vehicle is going to suit you a lot better. Where Hybrids come in to their own is if you are regularly making long motorway journeys for work or pleasure.

The Time Has Come For All Drivers to be Eco Friendly >>

What is the resale value of an EV?

When they first hit the market, there were far more unknowns surrounding Electric cars which harmed their resale value compared to traditional automobiles. In recent years, the opposite has almost come to be true as electric vehicles currently on the market are perhaps even more desirable than an equivalent petrol or diesel car.

Early electric cars’ reputation for poor resale performance was principally down to their limited range. That’s no longer the case. As previously outlined, It’s commonplace for new electric cars to range well over 300 kilometres between charges. Granted, technology associated with Electric cars continues to advance at such a rate that EVs might stand to lose value somewhat as their features can begin to appear dated more quickly. That said, the major dings against electric vehicles regarding their resale value are less true than they once were.

What are the limitations of EVs that I should be aware of?

As battery technology has improved, there are very few “limitations” inherent to Electric Vehicles in comparison to petrol or diesel cars. But that is not to say that Electric Vehicles are without some drawbacks.

Range anxiety remains one of the biggest issues in enticing new EV drivers. Understandably, considering the reputation of battery powered vehicles and relative scarcity of public charging points, many still fear the prospect of their car running out of charge in the middle of nowhere. However, as we know, most of the smallest electric cars can comfortably crack 300 miles between charges and the big boys are boasting ranges close to 700 kilometres between charges.

It’s fair to say that the initial purchase price of electric cars does tend to be higher than a petrol or diesel-engined version of the same car. But this is where the increased costs end. the average cost to fully charge an electric car from empty to full is around €9.10, servicing of electric cars tends to be cheaper, as there are significantly less moving parts and no filters or oil to change. The most expensive part of an electric car – its battery – is covered by a warranty of 8 years at minimum. Taking all that into account and looking at longer term ownership rather than initial purchase price, electric cars end up markedly cheaper than their petrol or diesel counterparts.

Hopefully this FAQ has satisfied your burning questions and you are feeling more prepared for buying your first electric car. Be sure to visit the Allglass blog again soon for more tips, explainers and guides like this one.