Autoglass® / Blog / The Pros and Cons of Owning an Electric Car 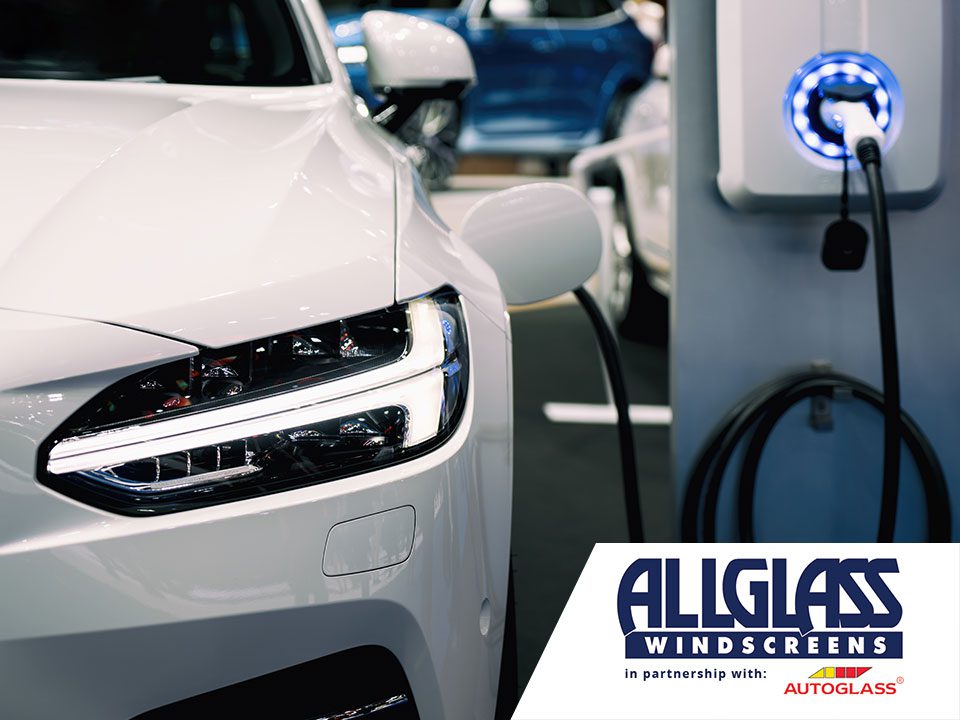 The Pros and Cons of Owning an Electric Car

It’s no secret that the number of Electric Vehicles on Irish roads has skyrocketed in recent years. The last decade or so has seen Electric Vehicle sales go from strength to strength as Irish drivers are understandably swayed by the obvious technological improvements we see in modern electric cars. Not to mention the continued discussion surrounding global environmental concerns. In fact, figures provided by the Department of Transport suggest that there are well over 10,000 electric vehicles in use on Irish roads and that number is only set to grow. The Irish government recently went so far as to announce a target of having close to one million electric cars on the road by 2030.

With more and more Irish Drivers genuinely considering making the move over to electric motoring, we’ve decided to showcase just some of the pros and cons to consider before making your first electric car purchase.

But before we get into that, what exactly is an Electric Car? As you might expect, an electric car is any vehicle that runs solely on electricity rather than a petrol or diesel engine like you’d find in a traditional automobile. Modern electric cars make use of an electric motor that is powered by a battery or fuel cell. When switched on, these batteries or cells work to power the vehicle’s motor and turn the wheels.

For electric car users, trips to the petrol station are a thing of the past. An electric car simply needs recharging when its batteries are running low.

This can be done out and about at a public charging point or at home by plugging in and connecting your car’s batteries to the mains via a standard wall-mounted socket. Once it is plugged in, power will be received and stored by the electric car’s battery pack, replenishing its power supplies and readying it for use.

Beyond simply plugging in to the mains, many electric car owners get a dedicated charging point installed at home. Getting your own Charging point should cost around €1,099 for the charger and installation, though a SEAI grant usually covers about €600 of this fee. That is to say, if you and your vehicle meet the stipulations of the grant, total cost of the charger will likely be somewhere in the region of €499.

Just for example, we’ll work out the cost to charge a normal, entry level electric vehicle with a 40 kWh battery over night.

As you can see, the usual entry level electric vehicle should cost in or around €3.96 to charge fully at home overnight. Needless to say, that’s a much more appealing price than what you might have come to expect from your local roadside service station.

The Future of Windscreen Technology >>

Good for the Environment

The main cause of carbon emissions here in Ireland is the continued burning of fossil fuels. Gas boilers and the combustion engines found in traditional automobiles are major sources of carbon emissions and the associated air pollution. The engines found in electric vehicles create next to no exhaust emissions of their own. If a significant segment of society were to make the move to electric car ownership, we could expect to see a significant reduction in air pollution, particularly in major towns and cities where there are lots of vehicles.

Unfortunately, Electric Vehicles aren’t entirely emission-free. The electricity that is used to charge the battery to power the vehicle is usually generated by burning fossil fuels. So although the car itself isn’t producing emissions, the electricity that powers it is. It is worth keeping in mind that this, of course, wouldn’t be a problem if the electricity that the car was using was created using renewable, environmentally conscious energy sources such as wind or solar power.

Top Tip: Charging your vehicle at night, however, could be a way to even further reduce your vehicle’s footprint. As we know, energy consumption is lower at night. But, you might not realize that the electricity generated through wind power increases! This means that when you charge your electric car at night, you are greatly increasing the chance that you are refueling using renewable energy compared to if you were to charge the car during the day.

Electric car engines are significantly less complicated than the combustion engines found in traditional automobiles. As unfamiliar as the technology under the bonnet of your electric car might seem, it utilises much fewer moving parts than a traditional engine. The myriad of moving parts in a traditional combustion engine greatly increases the likelihood of something breaking, becoming damaged or being worn down. Electric engines, however, are much simpler pieces of technology with fewer moving parts and are therefore less likely to break down. So, an electric vehicle should mean far fewer trips to the mechanic in the future.

What to consider before buying a second hand electric car >>

Electric car owners will be the first to tell you how much more comfortable and relaxing it is to pilot an electric vehicle. Due to the absence of moving parts, electric engines are much, much quieter than the combustion engines we have grown so accustomed to. This might sound like a small change, but it makes a huge difference in the quality of the driving experience for electric car owners.

For all the many benefits of driving electric, there is no disputing the fact your initial purchase price might be considerably higher than that which you would expect from a comparable petrol or diesel car. Electric is expensive. The batteries require lithium, which is a rare metal that can only be mined in a small number of countries. You will, however, save money in tax and fuel. Electric car insurance has also been known to be considerably lower in price. There are also many tax benefits and the possibility of grants on offer, especially in relation to the use of electric vehicles for Business.

Electric cars once had the reputation of depreciating more quickly than their petrol or diesel equivalents. This was due to battery issues and just a general sense of unfamiliarity when the first electric vehicles arrived on the Irish market. However, in recent years, that has all changed and electric vehicles have been seen to hold their value better. Recent studies having shown that an electric car will lose approx 50% of its value after three years and 48,000km on the clock. Petrol and diesel cars tend to depreciate in value by 45% – 50% within the same period.

As electric cars rely on a battery for fuel, there’s only so far they can go before needing to be recharged. Batteries are relatively small as they need to be able to fit snuggly in the vehicle while also not weighing it down too much. For this reason, many people have come to believe that electric cars struggle to cover the same distances as petrol or diesel cars or require regular recharging stops.

Thankfully, that kind of thinking is appearing more and more out of date. Technology has advanced and electric car batteries aren’t what they used to be. Range is no longer a disadvantage of an electric vehicle. We’re still a long way from matching petrol and diesel for availability but battery technology is improving all the time.

The fuel economy of electric cars: How far can you go on a single charge? >>

There are just a few of the pros and cons of electric cars we think you should consider before you make the big purchase. Check back with the Allglass Autoglass Blog soon for more guides, tips and explainers like this one.