Autoglass® / Blog / How to Drive Safe on Flooded Roads 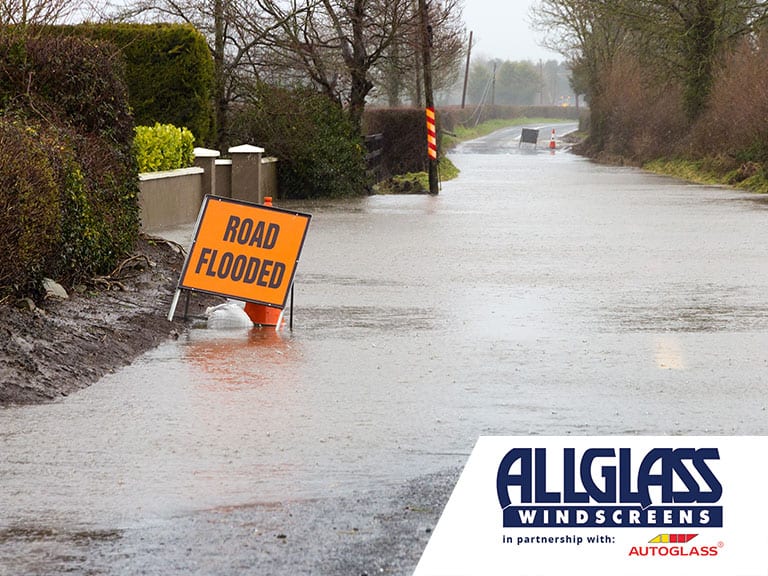 How to Drive Safe on Flooded Roads

The thought of facing flooded roads is understandably daunting for many drivers. That said, we all know floods in Ireland are by no means uncommon so it is worth taking the time to familairse with a few helpful tips for driving on flooded roads.

Before we carry on, it’s worth pointing out driving in flood conditions should never be taken lightly. Finding your car even slightly out of it’s depth can prove dangerous and costly. Play it safe as best you can. If extremely wet weather is set to persist or you’ve already been warned of severe flooding on your intended route – perhaps postpone your journey until driving conditions have improved.

If the road ahead is flooded choose another route

If you’ve been left with no choice but to proceed with your planned journey in flooded conditions – maybe take some time to reconsider your route. If certain roads on your proposed route look prone to flooding, try and find a safer route. If you encounter severe road flooding on your journey, try and take an alternate route if you can. If you can’t easily identify the highest path through a flooded road then the sensible option is to turn back and decide on a safer way to your destination.

How to Drive Safe in Heavy Rain >>

Never drive through any more than 10 Centimeters of Water

Never drive through running waters that you suspect may be greater than 10 centimetres in depth or standing flood water that you think might be more than 15cm. Driving through flood waters of this depth greatly increases your chances of Hydroplaning (aquaplaning). 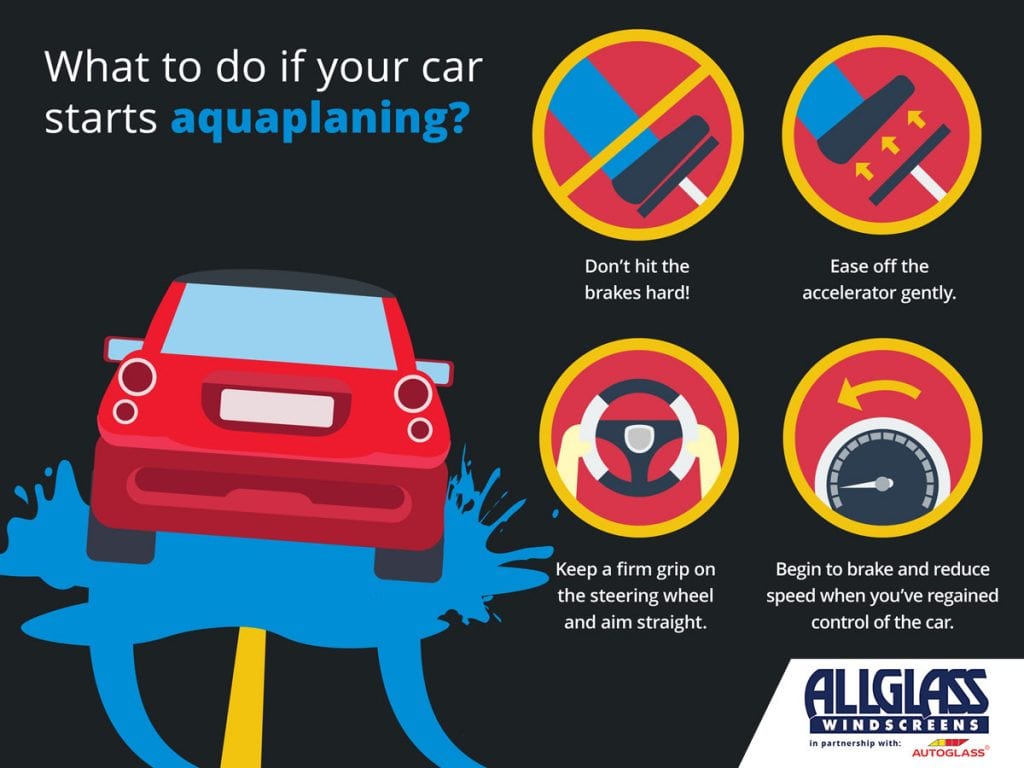 Hydroplaning – also known as Aquaplaning – is one of biggest concerns for many motorists when driving through floodwater. Hydroplaning occurs when your tyre threads fill with water and are rendered unable to disperse it as they usually would – as a result, your vehicle can lose grip on the road. Stay away from deeper waters to eliminate the risk of Hydroplaning on flooded roads.

Drive in a low gear

If you can, it is best to stay in first gear when driving on flooded roads and to keep your revs high.

Always drive slowly and steadily – as one of the biggest motoring dangers when driving in flooded areas is the possibility that you could create waves which may then flow back under your bonnet.

You should also strive to leave at least five seconds of following distance between your own car and the one in front. If you find yourself driving in flooded conditions, don’t feel any obligation to drive at the posted speed limit. By reducing your speed, you’ll have more time to react if another car brakes suddenly having encountered a huge puddle or entirely flooded road.

As soon as you pass through any flooded roads, test your brakes – provided it’s safe to do so. Not only does this ensure your breaks are in full working order, it also helps to dry off the brakes and keep them performing as they should.

Watch out for standing water

Be vigilant of standing water when driving on flooded roads in the hours following bad weather. Driving quickly through standing water can lead to expensive damage to your car. The air intake on many cars is positioned low down at the front of the engine bay and is vulnerable to standing water. It only takes a small amount of water sucked into the engine to cause serious damage to the inner workings of your car so its wise to avoid standing water as best you can.

How to Drive Safe in High Winds >>

Visibility is often low during the extreme weather conditions that can cause road flooding. Be sure to use your headlights if you feel visibility is seriously reduced. Generally speaking, this means when you cannot see for more than 100 metres ahead of you.

We hope you’re feeling more confident facing flood conditions thanks to these tips. Keep in mind, good planning is the best response to flooded roads – if you consider your route before you set off, you should be able to avoid the worst of it.

Stay safe and be sure to check in with the Allglass Autoglass Blog again soon as we’ll be providing you with more quick guides for facing more hazardous weather conditions.