Autoglass® / Blog / Ever wonder how an airbag works? 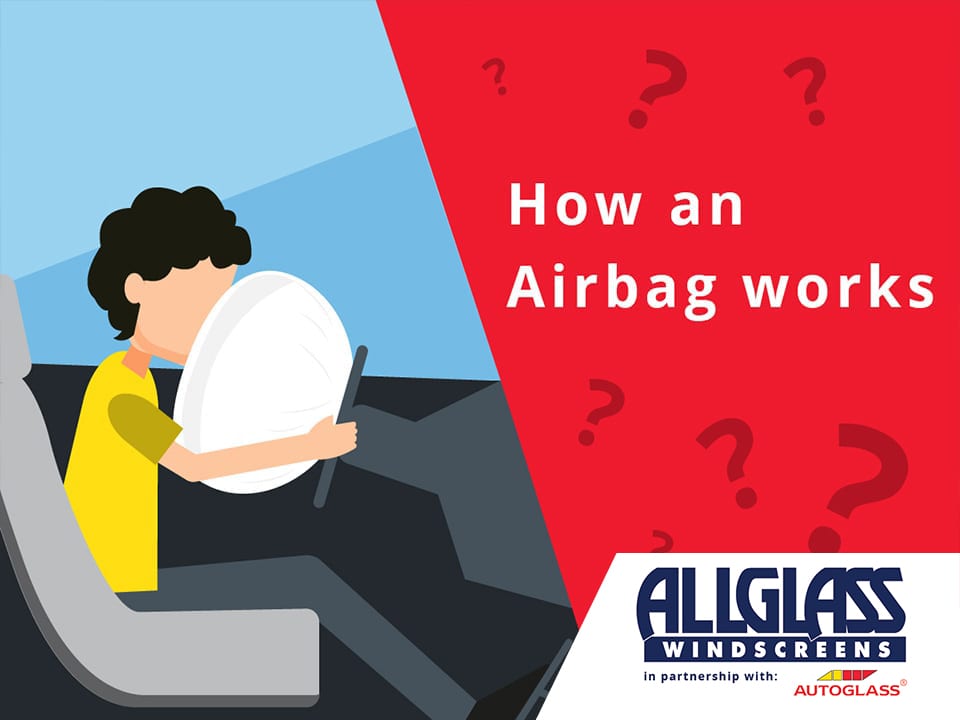 Ever wonder how an airbag works?

We’ve all encountered the word “Airbag”, like the Anti-Lock Braking System (Or ABS for short), Airbags are one of the most common safety features of modern cars. But how much do you really know about how this vital bit of safety kit works? Of course, none of us would ever want to experience the effects of an airbag, seeing as it is activated only in crash situations, but knowing how an airbag works, what it looks like, and how quickly it inflates and deflates is actually pretty fascinating.

How an airbag works

The actual Airbag itself is nothing more than a thin nylon fabric that is folded away and housed in a specially designed compartment behind your steering wheel, door panels, or wherever else the airbags are positioned within the car.

Sounds simple enough, right? However, it’s the mechanics of what’s going on behind the scenes … that’s the interesting part.

As you drive, a sensor is constantly at work in the background, taking note of your acceleration and your deceleration. This sensor is essentially what controls the airbag. In the event that the sensor detects a major and sudden deceleration, the sensor will read these changes as indicators that there has been a collision. Once the sensor flags that there has been a collision, it will trigger your airbag to deploy. The airbag inflators are then ignited. This prompts a chemical reaction which releases a gas that then inflates the airbags.

The science behind your airbags is essentially identical to that associated with rocket launches. The crucial distinction being that, rocket fuel is contained at the bottom of the rocket. So, once it’s ignited, the rocket moves skyward as opposed to expanding outward, like in the case of your car’s airbags.

How long does the airbag take to inflate?

The most fascinating part of this whole process is the speed at which it all happens.

In modern automobiles, the entire inflation process takes approximately 35 milliseconds. That’s one twenty fifth of a second! To put this into perspective, it takes us 200 milliseconds to blink. That means that this entire process is approximately 6 times faster than the blinking of an eye.  To put it into motoring terms, an airbag inflates at a speed of approximately 200 mph, and deflates approximately one second later, allowing the passenger to move freely once again. Click here to watch a video that demonstrates the process in slow motion.

So there you have it, now you know how an airbag works. Who’d have thought the air bag was comparable in scientific terms, to a rocket launcher?

We hope you found this Airbag explainer insightful. Make sure to check the Allglass Autoglass blog again for more guides, tips and explainers like this one. Safe travels!

Got a question or want to book an appointment? Call us on
1850363636
Other ways to contact us
This site uses cookies: Find out more.