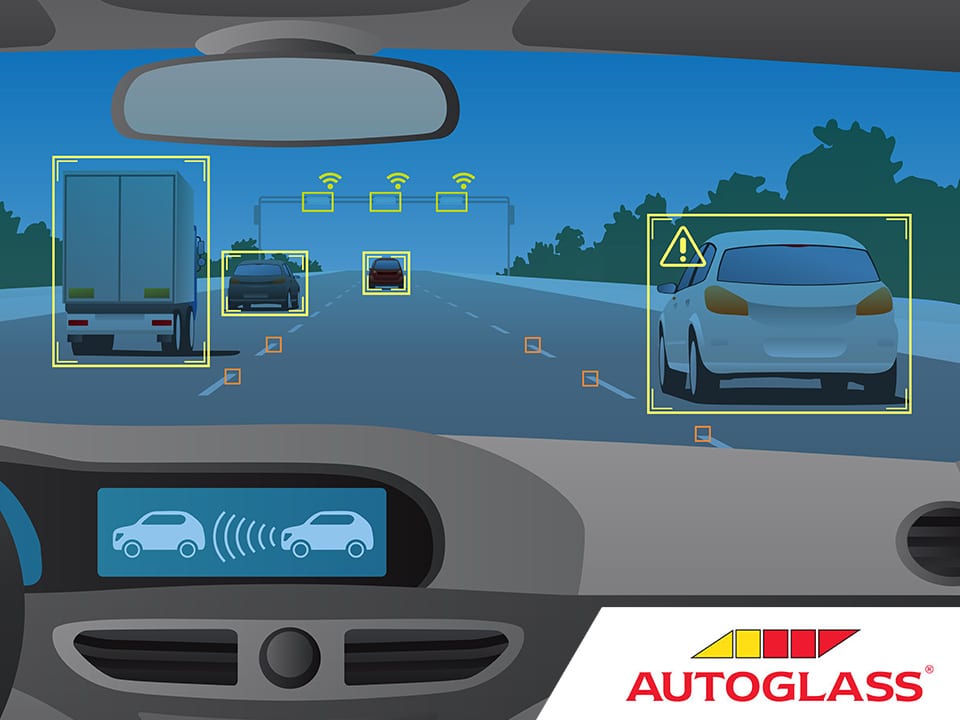 Advanced driver assistance systems are becoming more and more commonplace in modern cars. ADAS or advanced driver assistance system is a collective term for the various technological enhancements present in many modern vehicles. These technologies aim to enhance and improve both driver and vehicle safety. Each advancement in ADAS brings us ever closer to the inevitability of fully autonomous cars.

As more auto manufacturers ready themselves to embrace the future of autonomous driving, the technologies that will eventually form the backbone of these systems are already in development today. If you are currently driving a modern car, there is a strong chance your car already has autonomous driving technologies such as collision mitigation braking, lane departure warning, blind spot warning or lane keeping assistance. These technologies, many commonplace, are key stepping-stones towards the fully driverless cars of the future.

Over the last number of years, the technology associated with autonomous cars has advanced at a remarkable pace. Both partially autonomous and fully driverless cars are currently being tested by an array of different interested parties. You may not be surprised to hear that some of the first to dabble with driverless cars were major technology companies. As far back as 2009, Google were testing self-driving cars and have even had them operate on public roads. Uber have also looked into autonomous cars and have been making serious strides in the field. Of late, traditional car manufacturers have increased their efforts with a view toward catching up. Mercedes are eager to get ahead of the game and have outlined a five year plan to roll out an autonomous, if not totally driverless, car.

Mercedes’ involvement in autonomous car development is also reflected in Germany’s interest in driverless car technology. Designated zones for testing autonomous cars have already been introduced in certain German cities and on some of their motorways. Recently, the German and French governments have agreed to test driverless cars over a stretch of motorway that connects their two countries. Even closer to home, Nissan were recently afforded the right to test driverless cars on some British motorways.

There are six distinct levels of automation referred to, when discussing autonomous vehicles. The first two levels of automation are already fairly common with the remainder still in development. As fully autonomous driverless cars get closer to hitting the market, we may well be seeing Level 3,4 and 5 cars on the roads in the coming years.

The majority of vehicles on Irish roads are at this level today. The driver is in control of all aspects of driving – from steering to operating the pedals, navigating and monitoring their surroundings. The full extent of the car’s automation is likely limited to automated warning tones and perhaps automated emergency braking.

Vehicles that feature this level of autonomy can, in some driving modes, handle steering or acceleration and braking – but never both. That said, the driver must remain prepared to take absolute control if prompted by the vehicle.

Level 1 cars can also take in information about the driving environment, but the human driver remains responsible for monitoring what is going on around them. Level 1 autonomous cars have been on the market for several years. Advanced driver assistance systems like self parking and lane assistance fall into the bracket of Level 1 autonomous vehicles.

Vehicles at Level 2 can handle the steering, acceleration and braking in certain driving modes. Despite these features, you have to remain aware of your surroundings and be ready to take over control of the car. The driver also remains responsible for monitoring their surroundings. This, of course, includes concerns like traffic and whatever weather/road conditions you encounter.

A prime example of Level 2 autonomy is Tesla’s autopilot. This is a selection of advanced driver assistance technologies including, traffic aware cruise control and autosteer. These systems can enable automatic steering on undivided roads and adhere to speed restrictions.

Level 3 autonomy allows your vehicle to monitor its surroundings and move between lanes. This level of self driving car also have the capacity to control your braking and even steering in certain situations – usually motorways. However, you must still be ready to resume control of the car if required.

The 2017 Audi A8 is the first production car to feature Level 3 autonomy. The A8′s “AI traffic jam pilot” can control steering, acceleration and braking in slow-moving traffic. The A8 can also drive autonomously at up to 60km/h on motorways where a barrier separates the two carriageways.

Autonomous cars found at Level 4 can pilot themselves but still require a human driver on board. Level 4 cars can control your ignition, your car’s steering, braking and acceleration. These autonomous cars also boast technologies that allow them to monitor their surroundings across a broad range of environments. Level 4 cars also have the capability to handle any parking duties.

In the correct conditions, you can engage autonomous mode, sit back and enjoy the ride. Should your vehicle encounter something that it is unable to read or negotiate it will then request your assistance.

However, even if you fail to intervene and something goes wrong, Level 4 cars will continue to drive autonomously. Though not driverless cars in the truest sense, they are self-driving. The Google/Waymo self-driving car has been functioning at this level of autonomy for a number of years.

At level 5, the self-driving car moves into the driverless car as they do not require your control at all. Level 5 driverless cars do not need pedals, a steering wheel, or even a human onboard. Level 5 cars are fully autonomous vehicles as they can handle life on the roads regardless of whether they have a human driver. Some Level 5 concept cars include – the Volkswagen Group SeDriC (SElf-DRIving Car) and the Audi AIcon concept.

How Far Away Are Driverless Cars?

When we ask ourselves how far away are driverless cars, we are really asking not so much when the cars will be ready, but when broader society will be ready to welcome the cars.

In 2016 Toyota projected that 8.8 billion miles of testing, including extensive simulation, is needed in the development of self-driving cars. These projections seem a little off. Over the course of 6 years, Google’s fleet of self driving cars have only recently broken a cumulative total of 2.6 million miles of testing. At the rate suggested by Toyota, we’ll be waiting centuries before we see driverless cars on our roads.

Even if we aren’t waiting centuries, are we ready for driverless cars? Many people are understandably reluctant to put their lives in the hands of driverless cars. People’s opinions may change over time and it has already been proven that autonomous cars should react even quicker than human drivers in dangerous situations. Driverless cars also raise a slew of complex legal issues relating to insurance and culpability in the case of an accident.

Ultimately, fully driverless cars have moved from a matter of if to a matter of when. But, the question of how soon remains to be answered.

Thanks for checking in with the Autoglass Blog. Don’t forget to come back in a fortnight’s time for more guides, explainers and articles like this one.

Got a question or want to book an appointment? Call us on
1850363636
Other ways to contact us
This site uses cookies: Find out more.